What you are looking at is a castle at the set of Game of Thrones. Just kidding, it is an actual place in Umbria, Italy that was photographed by a drone. Also, it is not a castle. It is the Basilica of Saint Francis of Assisi. It has been on Earth for centuries – the construction itself started in 1228, according to the research.


The layout is rather simple. You have two churches on a hillside along with a crypt. The crypt is the spot where the remains of Saint Francis are being held. Who was Saint Francis? Well, he was from a town called Assisi, which later became one of the most important Christian pilgrimage sites, thanks to him. The whole complex was put on the UNESCO World Heritage list back in 2000. 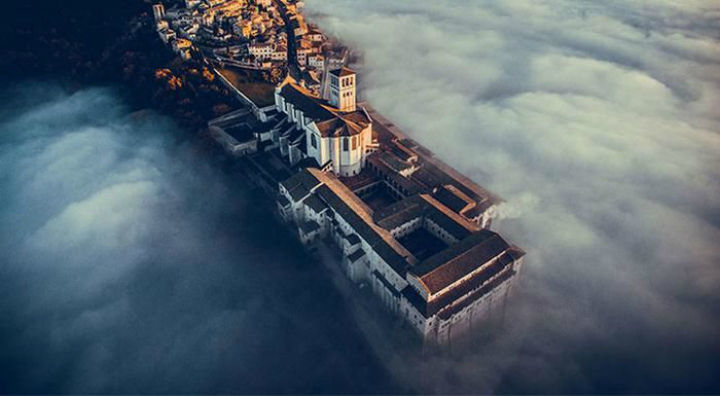